Western's Physics and Astronomy is home to a wide range of students. Here, we can see what students from each perspective year have to say about their experience at Western. Our goal is to provide everyone with a great academic environment where learning can be engaging. We would love nothing more for our students to feel at home and enjoy their time while progressing through their degree.

Sean spent his first three years at Western studying astrophysics and then took the next year off from studies to complete a 16-month internship with the Science Internship Program. His placement was at the London Regional Cancer Program under the supervision of Dr. Aaron Ward. There, he researched the effects of a new form of lung cancer treatment and presented work at various scientific conferences.

About his internship, Sean says, "the experience was enriching, rewarding, and helped embellish my degree greatly. Upon my return to school to complete my fourth year I changed my degree to physics and decided to add on a fifth year to complete a minor in computer science." Currently, Sean is now working in the IT field in Toronto.

"I was very confident that I had skills to apply in the workforce and my internship experience played a large part in that." 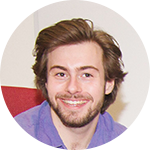 Armed with a newly minted degree in Integrated Science, Nicholas Popiel (BSc. ‘20) is taking his love of the question “why?” to the University of Cambridge this fall. “My favourite feature of my program at Western was unpacking scientific disciplines from their traditional silos,” he says. Nicholas was part of the Integrated Science program at Western (WISc), where students explore new ways of learning how the world around us works.

By bringing together the fields of chemistry, biology, physics, and mathematics, among others, to answer a single question, Nicholas and his classmates are no strangers to the importance of multidisciplinarity. “The integrated science approach completely changed the way I ask questions. Instead of a narrow focus on, for example, a chemical mechanism, we apply our theoretical understanding of different disciplines to concrete questions like how do smartphones work?” he says. Other questions include how the earth evolved to become the singular, life-giving orb we know today; students explore aspects of the Big Bang, earth science, light waves, and solubility chemistry as they piece together the history of our planet.

Exploring questions like “what is energy and how do we harness it?” and “what is life?” has left Nicholas with a thirst to know “why?”. Hoping to one day become a professor, Nicholas has already accomplished a fair amount of research through his undergraduate degree. From devising novel materials with which to make solar panels, to quantifying the consciousness of the human brain, he has applied his love for tackling diverse and challenging problems, first honed in the classroom, to experimental science.

“I will now pursue studies in superconductivity – a field which combines materials engineering and inorganic chemistry,” says Nicholas. By now, marrying multiple disciplines comes second nature, but it is an endeavour which he believes essential to breaking down the complex scientific feats which lay before us. “When you think of individual disciplines, they each have such specialized languages that talking about the same things can still sound completely different. However you create the multidisciplinary dream team, it’s crucial to have a common language,” explains Nicholas. “As I move forward in my career, I will remain proud of being part of the first cohort in Western’s Integrated Science program, which showed us that it’s not only acceptable to break down the barriers between fields, it’s vital.” 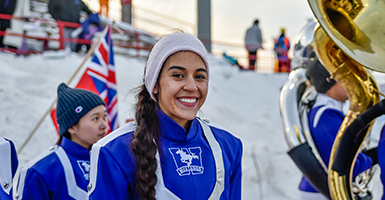 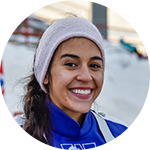 Perhaps it was the intermittent sounds of crunching bones over three years of Mustangs football games entering Anastasia Codirenzi’s subliminal consciousness that made her upcoming master’s research with Western’s Bone and Joint institute seem a predictable next step. As a flautist in the marching band, Anastasia (BSc. ’20) had plenty of opportunity to contemplate the biomechanical dynamics unfolding in front of her. “My studies in Physics gave me an appreciation for understanding the human body as a series of integrated systems, like levers and circuits, operating in unison,” she says.

Anastasia counts herself amongst the first cohort of Western’s Integrated Science program, where she specialized in Physics. “I love that this program’s goal is to tie together my own home department with the other branches of science, such that big picture problem-solving becomes the focus,” explains Anastasia. In her third year, she took a deep dive into emerging biomaterials such as a recently created artificial nerve cell that relays information back to the brain. “Looking at this from a physics point of view, this consists of converting a tactile sensation, like reading Braille, into electrical signals that the brain can process,” she explains. This novel biomaterial has direct applications for the not-so-distant future of care robots – where the elderly will be able to remain in their homes longer, aided by automated completion of tasks like cooking and cleaning.

It was in Integrated Science that Anastasia was put onto the idea of applying Physics to other areas of biomedicine. Specifically, her blossoming interest in biomedical engineering was first piqued as she gained the confidence to tackle problems outside of her comfort zone. “I’m now starting my master’s in biomedical engineering, where I will apply machine learning techniques to medical imaging,” says Anastasia. The goal of her upcoming work is to understand how joint implants, like artificial knees and hips, break down over time in the body – a key step along the way to building more comfortable and longer-lasting prosthetics.

Like many who dip their toes in the world of graduate studies, Anastasia isn’t quite sure about what will follow her master’s; “I might like to continue to a PhD but I’ll wait and see how much I like research!” she laughs. “Whatever I do, it’s important to me to apply my work in a setting where I can interact with patients,” she comments. Crossing disciplines has quickly become second nature to Anastasia and will remain a priority in whichever challenges she tackles next. One thing is certain: her years spent as an avid rock climber certainly give her a first-hand understanding of wear and tear on joints! 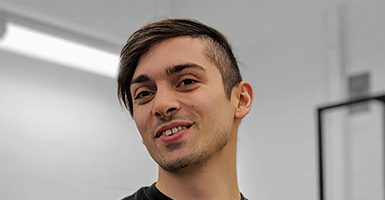 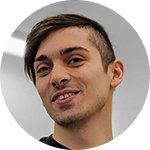 The very phenomena that make getting ketchup out of the bottle an endlessly frustrating task, were also responsible for Adam Fortais’ (BSc. 14) eye-opening exposure to the wonders of Physics. “When I started my undergraduate studies, I was attracted by the exotic stuff – relativity, astronomy, quantum physics,” says Fortais. “Once I got to Western, I saw that there were so many more types of physics, including soft matter and fluid physics, which is what I ended up focussing on in my thesis project.” Fortais completed his research under Tammy Poepping and and John de Bruyn, developing a new fluid to mimic blood for making disease models. Like ketchup, toothpaste, and Italian dressing, blood belongs to a class of liquids called non-Newtonian fluids, making it rather difficult to re-create.

“What I found was that I really liked the flashy science but what got me the most excited was the kinds of physics you can see every day, like in your kitchen,” says Fortais. Now coming to the end of his PhD at McMaster University, he is realizing that his focus is once again shifting. “My experiences in undergraduate research at Western completely shaped how I sought out my PhD, and are once again, influencing what I’m looking to next.”

Fortais is an avid science communicator, with his own podcast and website dedicated to unravelling complex scientific mysteries and weaving them into exciting stories. “It started out as a university radio that I was invited to join but it’s since taken over!” he laughs. “It’s been a refreshing complement to my narrow scope of research. I get to explore all sorts of disciplines and I find that the most stimulating.” Fortais’ desire to soak up the discoveries of his colleagues, combined with the love of teaching and writing he learned during his graduate studies, have become his motivation to pursue a career in science communications.

“It was important for me to learn that there could be a life beyond the lab,” he points out. Coming full circle and returning to the alluring narratives that draw young minds to the sciences is more than just a source of personal excitement. “In today’s world, there is a seemingly-infinite amount of information, available to fit any preconceived narrative. I believe it’s essential to present science in a clear way that can be compelling to anyone, regardless of their background.” 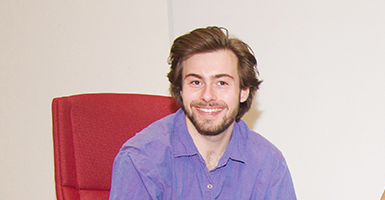 "As I move forward in my career, I will remain proud of being part of the first cohort in Western’s Integrated Science program"